Confronted with the inescapable need for change, there’s often a reflex in management thinking:

Countless studies have shown that transforming your business model is the most successful way to deal with a rapidly evolving marketplace, yet why do we resist it so often? Easy: because it’s so hard. Creating a new direction, ensuring alignment, and delivering on it is a huge effort – and, being human, we tend to shy away from it.

So, what if there were a very human solution to this challenge that allowed the burden to be shared and transformation to be accelerated?

Our experience in storytelling for brands and organizations has led us to think about a holistic approach to change.  One that engages your employees in writing the story of the change and then co-creating the change itself, so it fits both the market need and the company culture. This enables you to gain emotional buy-in to the need for change, and to prepare everyone for the effort required to put it into action.

A study published in the Journal of Occupational Health Psychology reported that after a layoff, employee job satisfaction dropped 41%, organizational commitment 36%, and job performance by 20%.

Sverke, Magnus & Hellgren, Johnny & Naswall, Katharina. (2002). “No Security: A Meta-Analysis and Review of Job Insecurity and Its Consequences.”

So how can you change “change” ?

Buying or cutting your way out of a problem can create a new set of challenges: 1) integrating the new organization into the existing one, or 2) dealing with a demoralized and fearful workforce after a round of layoffs.

For those who choose the transformation route, the difficulty is getting your employees to embrace the change. They frequently resist because they don’t understand why it’s happening (to them, because all change is personal), or they’ve had no part in designing the change and therefore have little belief that it will work in practice.

This is where story comes in. When you start with story, hearts and minds tend to follow.

In 2009, Denby, a 200-year-old UK tableware manufacturer was saved from bankruptcy by Hilco, a turnaround specialist. It was known for its high-quality materials and craftsmanship, but its sales were confined to “occasions,” which the new CEO felt limited growth opportunities. Rather than focus on efficiencies or acquisitions, he approached us to help develop a new story that would free Denby to expand beyond the confines of its heritage and appeal to a wider, younger group of consumers.

By moving from clay, heritage and durability to the love of food and the everyday pleasures it brings, Denby was able to transform the whole company. New materials and designs began to emerge, fueling the creativity of its people and enabling its products to move from the forgotten sideboard to the center of family life. Passion for food is now infused in everything from events to hiring. Today, if you don’t love food, you don’t get to work at Denby. Sales have since doubled and Denby has started finding success in new markets overseas.

When it comes to preparing for change, story before numbers is the golden rule. That’s not saying the numbers aren’t important, but without the right story they are a just a collection of assumptions on a spreadsheet, devoid of emotion, context, or meaning.

Does M&A create or destroy value?

The question that launched a thousand studies.

There is no cut and dry answer, but the prognosis is not promising.  An oft-cited article in the Journal of Finance in 2005, for example, found that in the late nineties merger wave, acquiring‐firm shareholders “lost 12 cents per dollar spent on acquisitions for a total loss of $240 billion.“1 Chilling.  Another study that focused on large-scale Big-Pharma M&A showed no value-creation, reduced research productivity, and poor ROI, concluding that firms hoping for growth “might want to do it through internal means.”2

Real change requires your people to feel moved. It also helps if they are involved. Grass roots change takes a little longer, but the end result is more appealing to the people responsible for making it happen. If done right, you can do away with “change management” because your people have been engaged in the effort from the start, rather than having it thrust upon them.

A good place to start is by reviewing your current strategy as a story. What is the story today?  Can your people explain it clearly and succinctly? Does it still resonate with your customers? Could others tell the same story? What are the company’s strengths, now or potential, and how could you put these to work in new ways that deliver value to your customers in a unique fashion? What could that story be?

When we help clients create a transformational story, we’ve found that the journey is often as important as the final product. The journey, in fact, becomes PART of the final product – a story-led strategy that many representative voices have fully considered, tested, torn down and rebuilt.

Why Change Seldom Changes Anything

Do you recognize any of these symptoms?

In the archetypal hero’s journey, as characterized by Joseph Campbell, the protagonist faces an inciting incident that sets up a series of challenges and temptations, through to crisis, a re-awakening and finally a transformational return home.

Organizations need to go through this same journey from time to time.  Take Netflix, which began by competing against Blockbuster’s brick and mortar movie rental business with a simple but clever mail order model. It then morphed into providing films on demand, before transforming yet again into a content creating powerhouse.

We have created a business-oriented version of the Hero’s Journey (see below) to facilitate such real and lasting transformation within organizations.

A pharmaceutical client whose workforce was weary after several rounds of reorganization and riven by inevitable political conflict, told us viewing change through this lens felt a little like Prague Spring. Although suspicious at first, employees began to embrace the effort when they saw they had a starring role. Suddenly, great ideas were coming out of the most unexpected places: Legal Counsel and Regulatory (The Knights Who Say No) were finding innovative ways to say “yes,” and Medical invented patient and customer solutions that Marketing had never imagined.

The power of the human element unleashed by jointly crafting story, both horizontally across functions and vertically from new hires to senior leaders, should not be underestimated. Team members feel involved and engaged, their voices heard, and begin to enjoy creating possibilities rather than fearing what’s next. 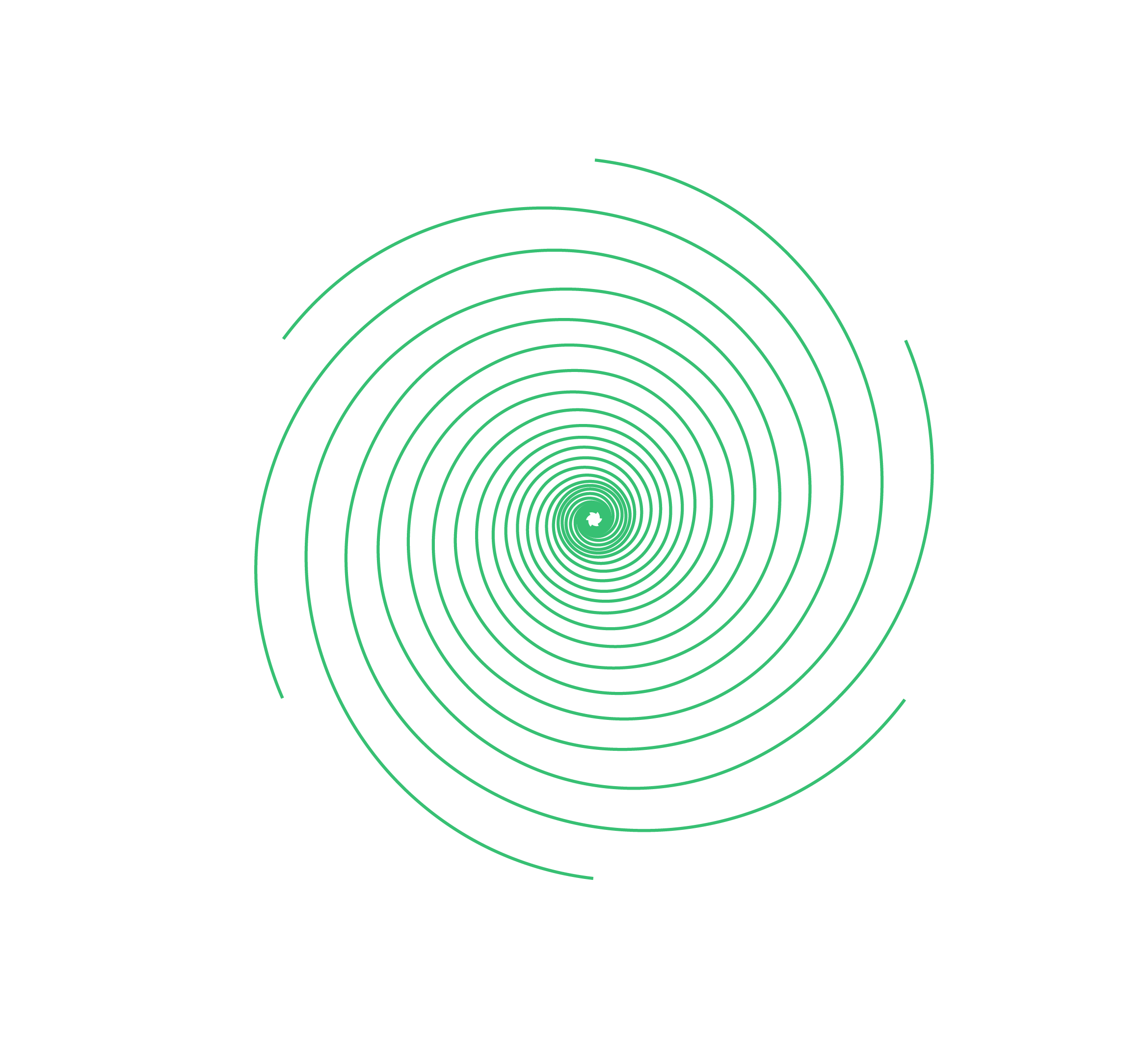 Importantly, you need to aim for a story that only your organization can tell (and sell). Too many companies play “follow the leader” using approaches that worked well for a competitor, but not necessarily for them.

With the advent of managed care in the US, many pharmaceutical companies switched from large sales forces “detailing” doctors to a more efficient key account model. Under CEO Bill Steere, Pfizer made the contrarian bet, doubling down on the field force. And started winning. The Field Force Wars of the 90’s ensued, and while it worked well for Pfizer many that followed struggled to make the model work and no longer exist as standalone entities.

Pharma, like many industries, is like a school of fish – those at the front tend to survive as they zig and zag, while followers fail to see the dangers and get eaten.  Striking out with a unique story can help you pull away from the amorphous middle and find a new path to growth.

Our question to clients is simple: What is your new story?  Because if you want to succeed, it had better stand out.

We’ve found that the best approach to strategic transformation considers six key steps. It’s not just about getting to a smarter, more relevant strategy, but facilitating buy-in through the process, so the means are justified by the ends. In this way, the challenge to sell the strategy internally is significantly reduced, and stakeholders, who otherwise might have been opponents, become champions for change.

The journey you have now all undertaken – from the known through the unknown, from death to rebirth – becomes a model for cultural growth and strength. This journey is both continuous and iterative – new stories, like startups, will require flexibility and courage – the flexibility to adapt as you learn more, or even the courage to change again if your idea isn’t met with the same excitement in the marketplace as it generated internally.

Both cases below started with an inciting incident –a significant threat to margin – that triggered a re-assessment of the business model. In the first example, a reliance on traditional sales forces was dragging down net contribution for an aging brand, and in the second, an external threat forced reappraisal when European vaccine payers moved swiftly from a reimbursement model to annual tenders.

In each instance, a cross-functional team decided it was time to change. They looked at the market with fresh eyes, uncovered new insights, and invented a new way to compete using story as a guiding light. Both then used rapid prototyping to refine their story/strategy. Everyone bought into the new stories. Change was quick and successfully implemented. It begat more change as the teams became more agile, and new, stronger, models emerged.

Stories like these can be told at many levels – brand, function, business unit, division, and even for key processes. And as subjective as story can seem, the results are often objectively solid.

Many companies are waking up to the realization they are in someone else’s box. Their stories, whether explicit or vague, no longer resonate in the marketplace and need to evolve. There are many hurdles to change – from employee resistance to turf wars to the threat of being displaced. But if you involve your employees in writing the next chapter, the change is much more likely to stick, and to transform the way you do business to the benefit of your customers. Everything you need to write your new story is there, somewhere in your organization. You just need to turn the page.

Tom is Make Believe’s Lead Consultant in the EU. He has led restructurings, divestitures, integrations and new commercial model development at Pfizer, Novartis, GSK and Roche. Prior to a career in Big Pharma, he earned his change chops as a management consultant serving airline, appliance, materials and financial services clients.

Brent is Managing Director of Make Believe New York. After stints in journalism across three continents, he joined Novartis in Global and US marketing roles before becoming Head of Innovation in the US.

Make Believe LTD. would like to email you occasionally about brand and organizational storytelling.

We won't share your data with any third parties.